A phone app for spectators to track runners in real time during the Brighton Marathon. 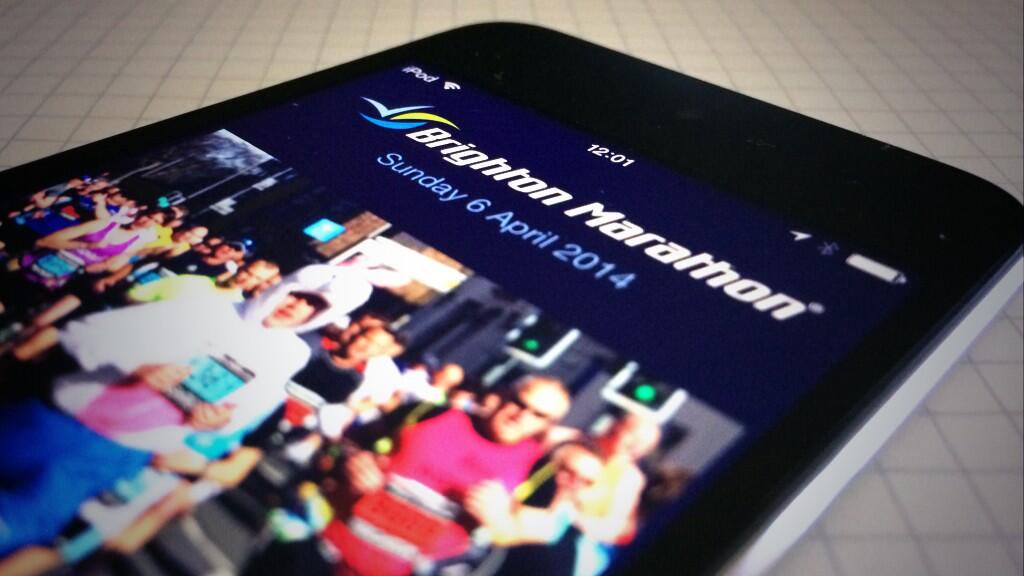 In 2010, while working for Brightec, we looked at a way to support the inaugural Brighton Marathon with a mobile app. The first version had a map with the course route shown, as well as a simple means to search for runners’ finishing times. The times were available soon after each runner crossed the finish line. Since then the Brighton Marathon has grown to a full weekend of events with separate 10k and mini mile races, and timings are now done at intermediate points along the course.

For the 2014 and 2015 events I maintained this app independently for Brighton Marathon, and have also worked with other long distance running and cycling events.

A phone has some particular strengths that make an app a good fit for spectators at a mass participation race. Namely being a device that they are likely to be carrying with them, and a device that’s location aware.

We work closely with timing company HS Sports who provide the technology that actually times the runners. Getting this data, processing it and publishing it to the app in real time is crucial to the usefulness of the app.

Long distance races such as marathons have timing points at intermediate locations along the course as well as the finish, and this opens up some interesting opportunities for tracking runners.

As soon as the runner finishes, these estimates are replaced with their actual results, including intermediate split times.

During the race, it is also possible to predict their current location. 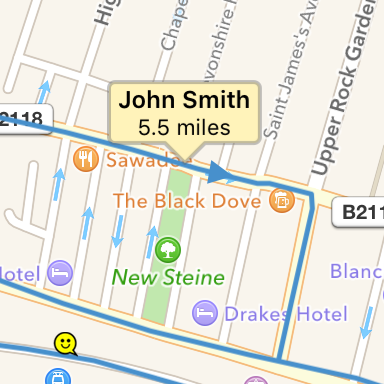 Brighton Marathon provide a commentary during the weekend. By combining this with the runner updates from intermediate points, this news feed becomes much more personal.

The marathon is a high profile event with tens of thousands of people using the app. This places a very high demand on the server infrastructure, concentrated over a few hours on race day.

In the past this has been a problem, and on occasion the app’s popularity increased dramatically on race day, leaving us unprepared for such a sudden increase, and some users being unable to use the app. Given the short timeframe of an event like this, downtime during the race itself really spoils the user experience.

Since then it’s been necessary to completely re-evaluate how things work, taking into consideration a very large (and unknown) number of users. The client apps now have much greater responsibility themselves, allowing for a more capable - and importantly scalable - server.

Poor mobile phone coverage is a concern with such a large number of people in the city centre at once. The app employs a number of measures to mitigate this. It is designed to work offline where possible, and will obtain updated runner information whenever it can, storing these details for when the spectator needs them.

User engagement is very high. In 2013, 86% of runners were tracked by at least one supporter using the app.

App store reviews are generally very positive, with the app receiving an average rating of 4 to 4.5 stars.